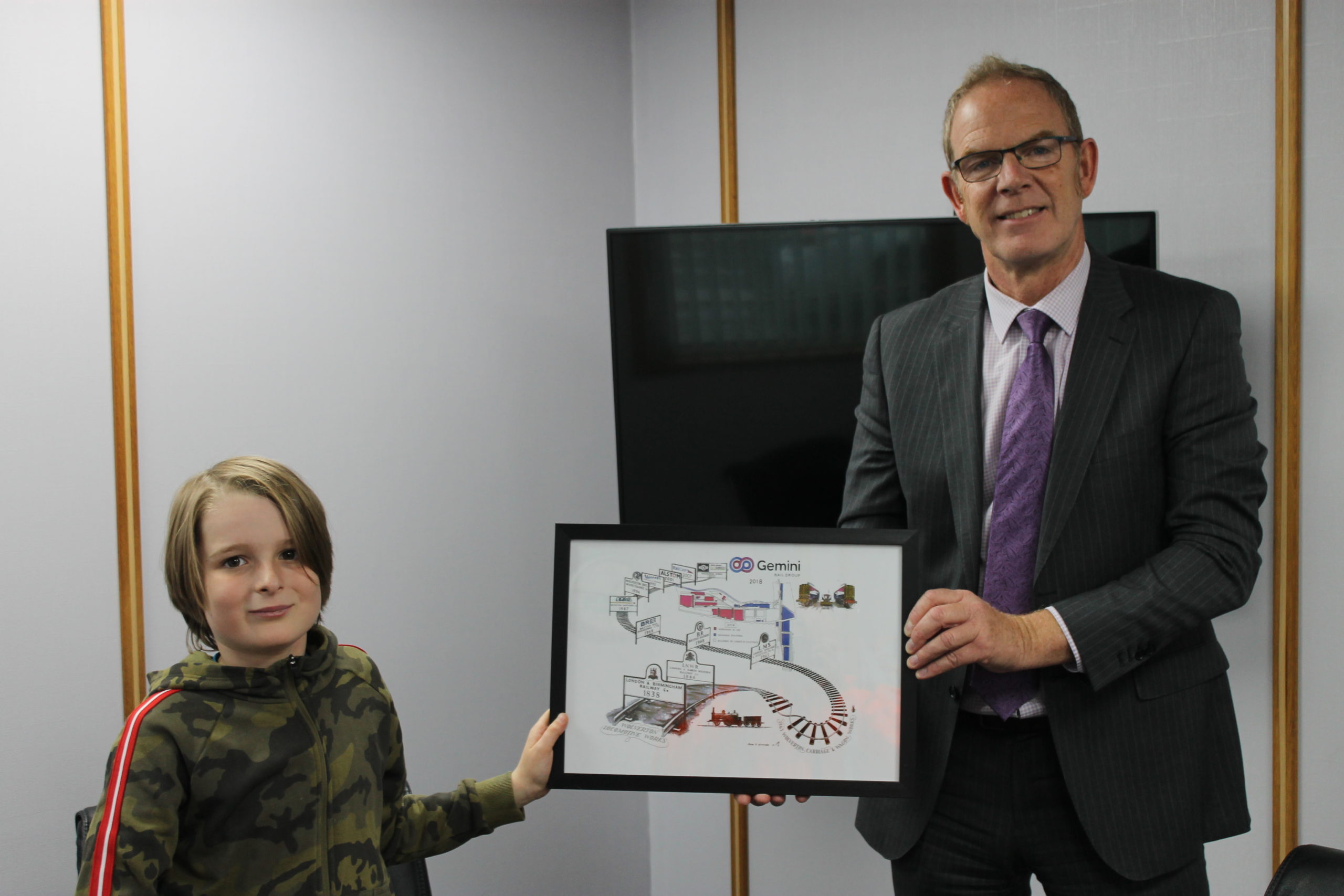 Meet Lucas Clarke – a local boy who is absolutely train-mad and a huge fan of Wolverton Works.  When Gemini Rail Group were approached by Lucas’ mom, Gemma and heard his story, they simply had to make a little boy’s dream come true…

Lucas has been an avid train enthusiast since he was about 2 years old and is a walking encyclopaedia of rolling stock and railway routes.  For a long time, he had been going to Wolverton to spot trains and developed a real interest in Wolverton Works. He was so upset when he heard a rumour that the Works was possibly going to be demolished and so wanted to start his own campaign to save it!

So, a recent Gemini Rail Group feature in the latest copy of ‘Modern Railways’ magazine caught Lucas’s attention – he was super excited to hear about the work that Gemini Rail are doing.  He was also excited to read about The Royal Train too.

Lucas and his family were invited to site during half term.  Neil Furniss, Gemini’s Training Manager, organised a tour for them.  Other members of the team got involved too, showing the family around various workshops and highlighting the work that was being carried out:

Kieran French supported Neil on the day, assisting with the company presentation and site tour.  They also had various project tours from Paul Tite from the Incident dept; Brian Owers (Pinky) and Paul Sharpe (Rocky) from the class 455 project and finally Carl Robinson and the team who showed Lucas the work that is being carried out on the class 442 project

Lucas and his younger brother David received a hi-vis vest, bump cap and goodie bag as a reminder of their exciting day out, along with a framed picture detailing the history of Wolverton Works, presented to Lucas by Tim Jenkins, CEO of Gemini Rail Group.

A big thank you to everyone involved … Who knows, we may see Lucas on the shopfloor in the future.  Watch this space!