There remains a link with KB, however – the new traction equipment comes from Kiepe Electric in Dusseldorf, not part of the UK division that was sold. KB’s UK division in Melksham is also supplying new braking equipment for the fleet, enabling regenerative braking to be introduced, both increasing efficiency and providing an environmental benefit.

In addition to the work carried out by Gemini, SWR is carrying out C6 overhauls and repainting of the ‘442s’ at its Bournemouth depot.

The majority of the 18 units are first going to Bournemouth for the C6 overhaul and repainting at the paint shop, but for three units this process has been reversed and the interior upgrade is taking place first.

‘We’ll be fitting a mix of the equipment used on the “455s” and “321s”’ explains Paul Woolley, Sales and Commercial Director at Gemini Rail Technology. ‘It will be a blend of the traction package from the “455s” and the motors from the “321s”. We’re using a proven product which SWR has experience of operating, which removes risk. We specialise in taking work to third party facilities such as Eastleigh.’

Overhaul by Gemini Rail Technology: partially repainted unit No 442420 in the workshop at Eastleigh; this is the third train to receive the interior work.

The current plan is to refurbish all 18 units by spring 2019, before sets are then withdrawn for fitting of the new traction equipment, three at a time, in the second half of the year, with the whole project completed by December 2019.

First class relocated: partition in place in driving vehicle of No 442417.

Gemini is pressing ahead with the interior refurbishment work on the ‘442s’, which is taking place at Eastleigh. The first completed unit, No 442403, left the site for Bournemouth on 29 November, and was replaced by 442408, which had undergone its C6 overhaul and repainting. Two other units (Nos 442417/420) were also undergoing work at the Eastleigh site on 30 November, the day Modern Railways visited. One unit, No 442402, has been used as a trial unit for the new traction equipment, with the motor coach stripped down and tested at Eastleigh.

Jason Petersen, Depot Manager for Gemini Rail Technology at Eastleigh, explains there is a clear plan for work being carried out each day. Gemini has a team of 50 staff dedicated to the ‘442s’, with day and night shifts working 20 hours a day plus a skeleton team at weekends. Gemini is planning to ramp up refurbishments to a beat rate of one unit a week.

All units are being fully stripped down, with seats removed, before new carpet is laid, dado panels are refreshed and seats are returned. The Grammer seats fitted for Gatwick Express duty are retained, but with new bases from Transcal. Mr Petersen notes the interior work is also preparing for the re-tractioning, including laying around 30% of the cabling needed.

Many features are common across all SWR’s refurbishments, such as the carpet from Axminster and the seats re-covered in SWR colours. All units will receive new first class seats from FISA Italy in a 2+2 layout, replacing the former 2+1 layout, with tables featuring inductive charging supplied by Baker Bellfield. This is a first for the UK network, with a key challenge being the sourcing of a suitable power supply unit to support it. At-seat power will be provided throughout – USB sockets in standard class and full three-pin sockets in first class, in addition to the table-top charging.

The ‘442s’, first class is being relocated from the centre vehicle, next to the guard’s van, to one of the driving vehicles; the former first class area is being turned over to standard class seating. A new partition framework in the driving vehicle separates the two classes, with passenger information displays in both halves of the vehicle.

Toilets on the ‘442s’ are being stripped, deep cleaned and fitted with a new linoleum floor and vinyls in SWR colours on the back wall. One is being removed completely, to be replaced with an accessible toilet supplied by Birley Manufacturing to meet Persons with Reduced Mobility (PRM) requirements. The old unit is stripped down, a framework is used to strengthen the floor and the toilet is assembled from a kit in three parts.

The ‘442s’ will retain their guard’s van in the centre vehicle of the train. SWR will not use it for train dispatch duties due to the safety risk with the slam door and droplight window, but much of the train’s control gear runs through the compartment, making it difficult to remove. Mr Drury says it will be sealed off but will house a new cabinet with electrical equipment for the Wi-Fi and CCTV.

Associated with this is the relocation of the bicycle accommodation, originally located in the guard’s van. As a temporary measure a pair of seats and a luggage rack will be removed to create a cycle space in the passenger saloon, but in the long-term a toilet will be taken out of use to make space for a cycle rack, at which point the removed seats in the saloon will be returned. This will form part of a later phase of work alongside the re-tractioning.

Of note also is that modifications for Driver Only Operation were made when the ‘442s’ worked on the Gatwick Express; these are now being reversed for two-person operation once more. A refurbishment of the cab desk is taking place; Mr Drury notes many drivers and train crew ‘love’ the ‘442s’. 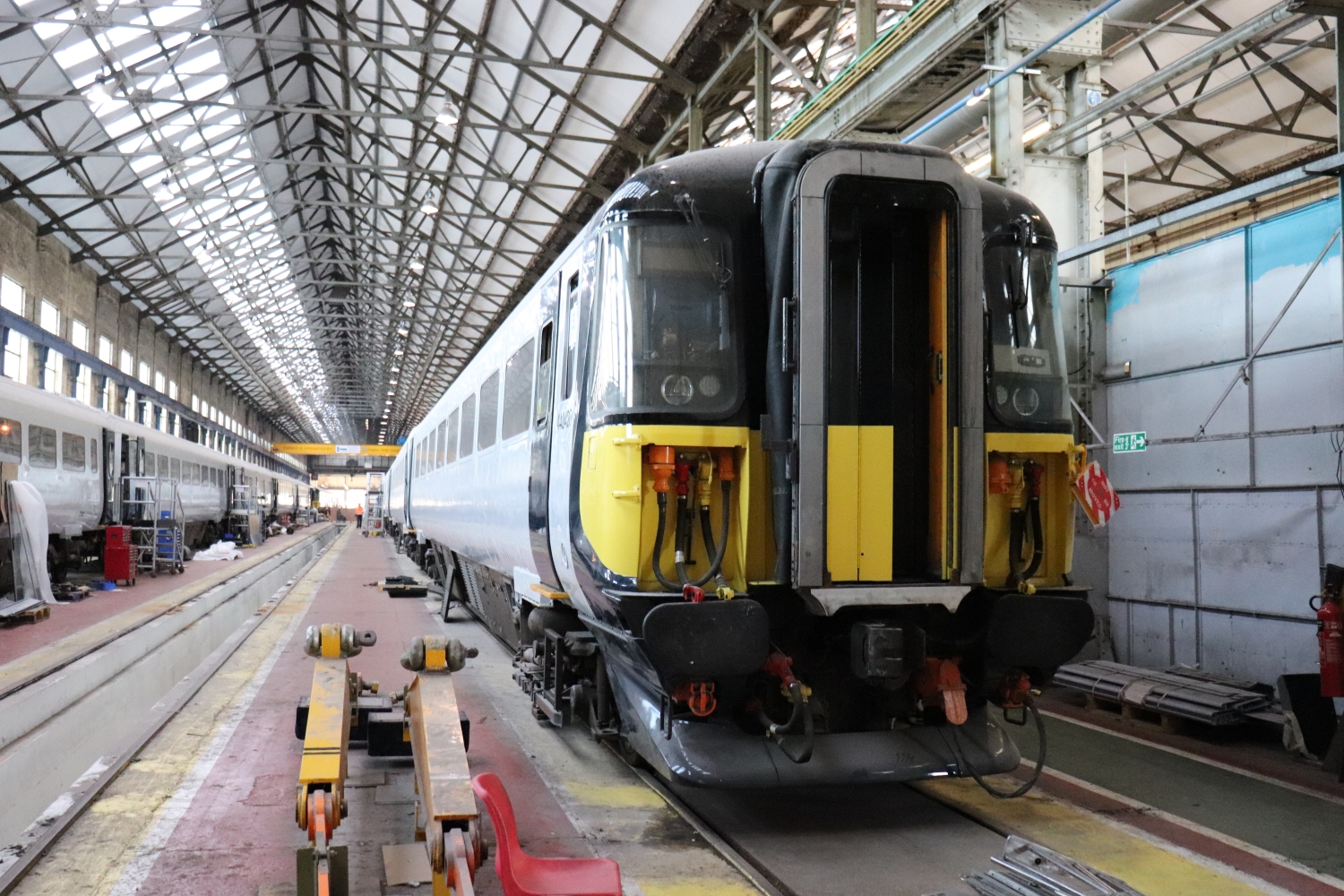 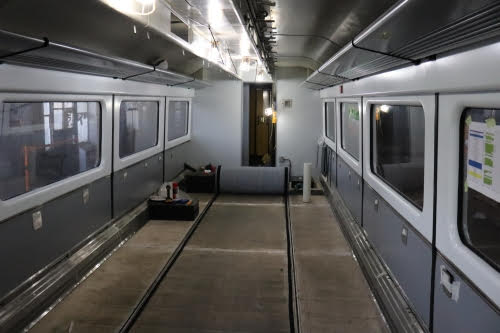 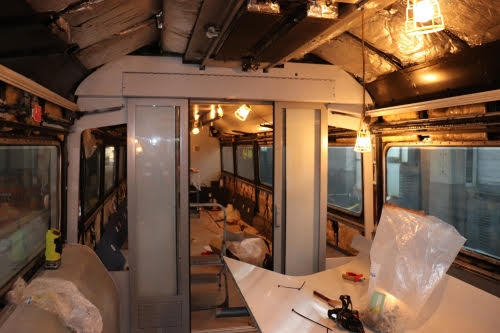 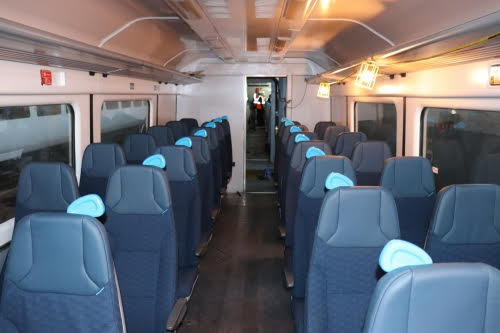