Although Gemini Rail Group are a new company, we bring together decades of rail experience

Wolverton railway works was established in Wolverton, Buckinghamshire, by the London and Birmingham Railway Company in 1838 at the midpoint of the 112 miles-long route from London to Birmingham. In 1865 Wolverton was designated as the LNWR Carriage Works, eventually becoming the largest carriage works in the UK and In 1901, Wolverton was the first railway works to use electricity for lighting and driving machinery throughout and had a workforce rising to 4000 people.

Post-war it continued its carriage construction work, including making large numbers of the all-new British Railways Mark 1 carriage, until the intervention of Dr. Beeching. In 1962, the works was downgraded to a repair facility, with the last new vehicle being completed in 1963. By 1964 the workforce had dropped from 4000 to 2000.

Following ownership by Siemens Babcock, Alstom, Railcare and Knorr-Bremse, the new company is now owned by Mutares AG and operates under the name of Gemini Rail Services and offers a full range of market leading vehicle overhaul and modernisation services.

“We are very proud of our history as a group. Our people come from some of the leading names in the Rail industry, and their expertise and experience is continued in Gemini Rail Group”. 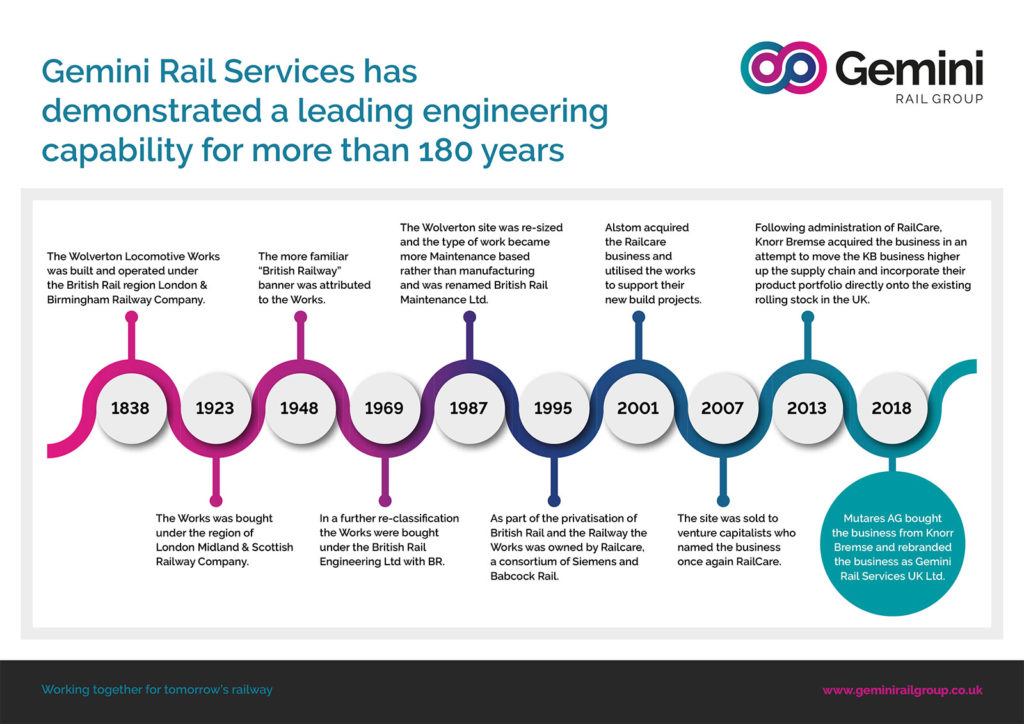 Gemini Rail Technology (GRT) is a specialist rail vehicle engineering and turnkey project management company, with a history dating back 25 years. In the mid-1990s the Company, then known as Hunslet Transportation Projects Limited, evolved from a supplier of new-build rolling stock (Class 323) to become a provider of rolling stock upgrade services in response to changes in the wider rail industry at the time.

The organisation was later reformed and traded as Transys Projects Limited until its acquisition by the Vossloh Kiepe group in 2012, at which point it was renamed Vossloh Kiepe UK Limited. Following acquisition by the Knorr Bremse Group (KB) in January 2017, the organisation was renamed Kiepe Electric UK Limited (KEUK). Most recently, KEUK, along with Knorr Bremse Rail Services (KBRS) were acquired by Mutares AG and rebranded as Gemini Rail Group (GRG). 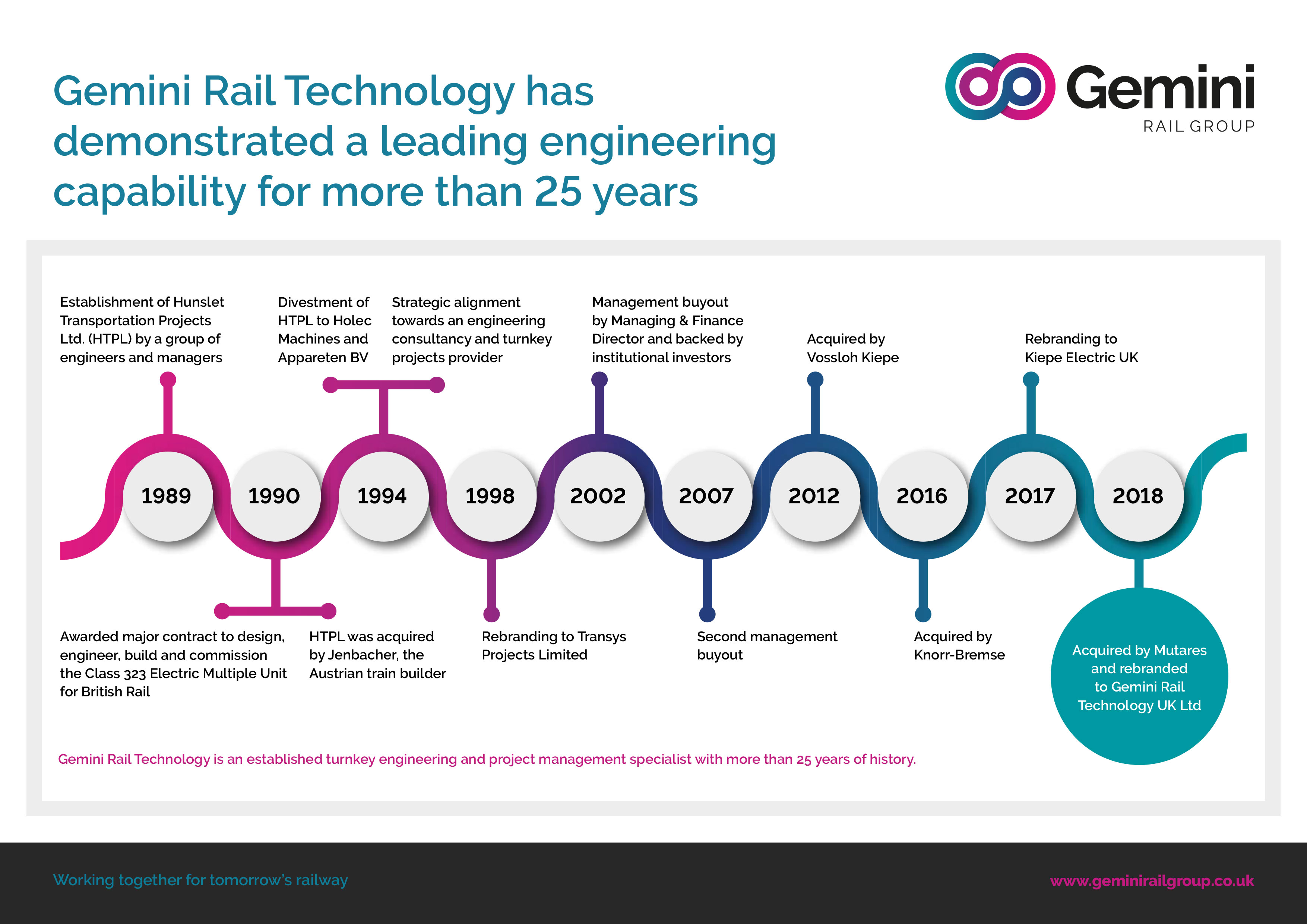 LET US HELP YOU

You can speak to us any way you like...

We don't mind how you get in touch - we just want to make sure you reach the right person when you do! 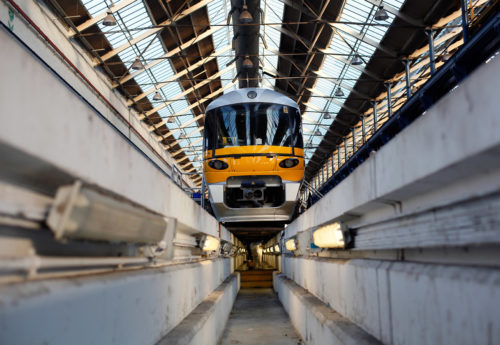 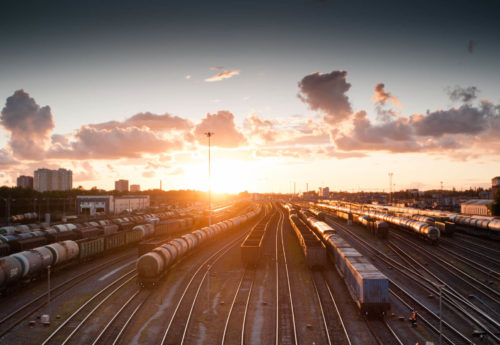 The characteristic spirit of the Gemini culture

Learn more
We use cookies to ensure that we give you the best experience on our website. If you continue to use this site we will assume that you are happy with it.OkPrivacy policy